Information for people who got a notice of proposed settlement for the Income Compliance class action.

The Income Compliance class action has reached a proposed settlement.

This means the matter won’t go to trial, if the court approves the settlement. The approval hearing is scheduled for 6 and 7 May 2021. There won’t be an approved settlement outcome before this date.

We contacted all class action group members in late January 2021 with more information. This included what to do if they object to the proposed settlement.

Gordon Legal filed a class action lawsuit against the Commonwealth of Australia on behalf of 6 applicants and other group members. The class action relates to Centrelink debts raised by income compliance reviews since July 2015. This includes people with debts that did not use averaged ATO income information.

What you need to do

You’ll need to read the information we sent you about the terms of the proposed settlement.

If you don’t object

If you don’t object to the proposed settlement, there’s nothing that you need to do.

You can ask the Court not to approve the settlement by objecting. You may want to get advice from your own lawyer if you're thinking of objecting.

To object, send a completed copy of the Notice of Objection to the Victoria Registry of the Federal Court of Australia. The Court must receive it by 5 March 2021.

If you object by 5 March 2021, you have until 19 March 2021 to file documents supporting your objection. You don’t have to file supporting documents if you don’t want to.

You can find more information on how to object in sections 26 to 31 of the class action notice we sent you.

How we sent the notices

We sent the notices through myGov or in the mail to your last known postal address.

If you didn’t get a class action notice but think you should have, contact Gordon Legal.

What the settlement means

Under the proposed settlement the Commonwealth will pay $112 million, in lieu of interest, to eligible group members.

Gordon Legal’s reasonable legal costs, as approved by the Court, will be deducted from this amount.

The amount people will get depends on when they paid money towards their debts, and when they were refunded. Most of the refunds referred to in the settlement have already been paid to eligible people.

Read more about refunds for the income compliance program.

What are the next steps

If the court approves the settlement, we’ll contact group members to let them know if they’re eligible for a payment. We’ll explain how to get more information, ask for a review and update their bank details. This will be after the settlement approval hearing in May 2021.

You can read more about how we plan to distribute settlement payments.

Who’s eligible for a settlement payment

Group members who made repayments on a debt calculated using averaged ATO income information will be eligible for a settlement payment. This will include a small number of people who:

Who’s not eligible for a settlement payment

Not every group member will be eligible for a payment under the proposed settlement.

Group members whose debts were based on averaged ATO income information but did not repay any money, have already had their debts zeroed. We have written to them to let them know.

Group members whose debt was raised using information other than averaged ATO income information, will not be eligible for a settlement payment.

Most of the refunds referred to in the settlement have already been paid to eligible people.

Read more about refunds for the income compliance program. 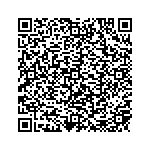 This information was printed 2 March 2021 from https://www.servicesaustralia.gov.au/individuals/subjects/information-about-refunds-income-compliance-program/class-action-settlement. It may not include all of the relevant information on this topic. Please consider any relevant site notices at https://www.servicesaustralia.gov.au/individuals/site-notices when using this material.