There's information about payments and services during coronavirus (COVID-19).

Health professionals
Business
How to manage your payment
Listen
Centrelink

If your child is absent from child care

We may pay Child Care Subsidy (CCS) if you're charged for child care when your child is absent.

If you live in Victoria, you can now get 72 absences per child for the 2020-21 financial year. Read more about using absence days when you need to.

If you don’t live in Victoria, we pay this subsidy for up to 42 absences for each child, per financial year. You can use these absence days for any reason, including if the child is overseas. We don’t need evidence.

Absence days are the days you would normally get CCS. This includes public holidays. You can only use an absence day after your child has physically attended the service for the first time.

In special circumstances, you may get CCS for more than 42 absence days. Talk to your child care service about this. You may need to provide supporting documents.

We’ll cancel your enrolment if either of the following occurs:

When we won’t pay

If your child has not yet attended the service

We won’t pay CCS for any days your child hasn’t yet physically attended the service for the first time for the current enrolment period.

Example 1 - when the child has not yet attended the service

Example 2 - when the child has not yet attended the service

There’s a vacancy at Tim's local day care centre for 1 day a week from 17 December. Tim doesn't want to miss out on the place so he accepts it. Tim doesn't intend for his child to start until January. Tim's child physically attends day care for the first time on 7 January. Tim may have to pay the full fees from 17 December until 6 January if required by the child care service. We’ll pay CCS from 7 January as this is the first day his child attends.

If your child’s enrolment ends

If your enrolment ends we won't pay CCS for any days after your child’s last physical attendance. You'll need to pay full fees for any absence days after the last day your child physically attends the service.

You can read more about enrolments on the Department of Education, Skills and Employment's New Child Care Package - Frequently asked questions. If your child returns to the same service after a previous enrolment has ended, the service needs to both:

Once they’ve done this, you’ll need to confirm your child’s enrolment online. 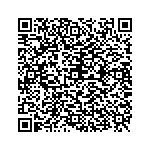 This information was printed 22 September 2020 from https://www.servicesaustralia.gov.au/individuals/services/centrelink/child-care-subsidy/how-manage-your-payment/if-your-child-absent-from-child-care. It may not include all of the relevant information on this topic. Please consider any relevant site notices at https://www.servicesaustralia.gov.au/individuals/site-notices when using this material.