To get Double Orphan Pension you and the child must meet all of the following conditions.

You must meet all of the following conditions:

You also need to have claimed Family Tax Benefit for the child, or you have claimed but can’t get it. This could be because either:

In addition to the above, one of the following must also apply.

The child’s parents or adoptive parents have both died.

One parent has died and the other parent’s either:

The child is a refugee who hasn’t lived in Australia with either or both parents, and whose parents either:

There are no income or assets tests for Double Orphans Pension.

On the day you claim Double Orphan Pension you must meet the residence rules.

Next: How much you can get 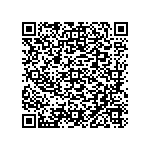 This information was printed 21 January 2021 from https://www.servicesaustralia.gov.au/individuals/services/centrelink/double-orphan-pension/who-can-get-it. It may not include all of the relevant information on this topic. Please consider any relevant site notices at https://www.servicesaustralia.gov.au/individuals/site-notices when using this material.