If you’re unsure which repayment option suits you

Examples to help you decide if you should repay money you owe in full or over time.

Ray gets a letter notifying him that he’s been overpaid. Ray would like to pay the debt all at once so he doesn’t have to manage it over time. He has enough savings to pay the debt, while still having money left over for general expenses and emergencies.

Ray looks at his budget and considers how paying the money now will impact him in the weeks to come. Ray can see that if he repays all the money now, he can still meet all his upcoming necessary expenses. Ray goes online and repays the debt in full by the due date.

While repaying the money, Yasmin gets a new job with higher pay. Now she’s getting paid more, Yasmin increases her payment arrangement to pay off the debt faster. When she has repaid the money, Yasmin uses that fortnightly payment amount to put towards savings.

Our compliance program helps protect Australia’s welfare system. It helps our customers avoid getting a debt or committing fraud. 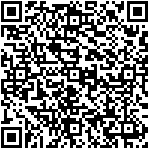 This information was printed 3 July 2022 from https://www.servicesaustralia.gov.au/if-youre-unsure-which-option-to-use-to-repay-money-you-owe. It may not include all of the relevant information on this topic. Please consider any relevant site notices at https://www.servicesaustralia.gov.au/site-notices when using this material.