Claims and amounts not eligible

There are claims and amounts that aren’t eligible under the IBNR.

What incidents you can’t seek payment for

You can’t submit an IBNR application for an incident or a series of related incidents if:

What amounts you can’t claim

You can’t claim GST under the IBNR.

You also can’t claim an amount if:

Next:
How to apply

You need to use the Medical Indemnity Online Claims (MIOC) service in HPOS to submit an application under the IBNR. 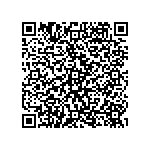 This information was printed 20 January 2022 from https://www.servicesaustralia.gov.au/claims-and-amounts-not-eligible-for-application-under-incurred-not-reported-indemnity-scheme-ibnr. It may not include all of the relevant information on this topic. Please consider any relevant site notices at https://www.servicesaustralia.gov.au/site-notices when using this material.