This payment has been declared for the following terrorist acts:

Next:
How much you can get

You may be able to receive up to $75,000 depending on your circumstances. 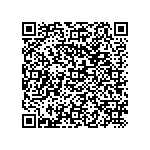