Membership in the scheme

Only accruing membership can count toward your Pension Bonus.

As a registered member you can accrue bonus periods toward your Pension Bonus if you meet all of the following. You:

If you’re 75 or older and still work, you can’t accrue bonus periods. You can still be a member of the scheme if you continue to pass the work test rules.

If you rely on your partner’s work to pass the work test, their non-accruing periods may affect your bonus.

You may stay in the scheme while you’re a non-accruing member. This membership won’t count toward your Pension Bonus.

Your membership is non-accruing if any of the following applies to you. You:

Non-accruing membership applies if, after 30 June 2002, you gifted more than:

Since 20 September 2006 parents and immediate family members can place up to $500,000 combined in a Special Disability Trust. This is for the care and accommodation needs of a person with severe disability.

Your membership in the scheme may be non-accruing if you fail the work test for one of these reasons:

While you’re a member of the scheme you don’t have to tell us about changes to your circumstances.

We do recommend you tell us if you change address. Also tell us about other events that might affect your bonus payment, such as a change in relationship status.

Next:
How much you can get

How much Pension Bonus you can get depends on your circumstances. 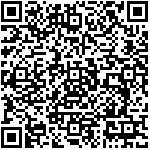