You need to meet eligibility requirements to get the Australian Victim of Terrorism Overseas Payment.

You may be eligible if you:

Any variation to the above eligibility requirements is detailed on the Declared terrorist acts page.

A close family member is classified as a:

Under section 4 of the Family Law Act 1975  a guardian includes a person who has been granted (whether alone or jointly with another person or persons) guardianship of the child under the law of the Commonwealth or of a State or Territory.

For the purposes of this payment, in the place where the declared overseas terrorist act occurred means you were:

A person is in close proximity to the place where the terrorist act occurred if they were close enough to be physically injured, harmed or killed by that act.

Harmed includes any physical or psychological injury suffered as a direct result of the overseas terrorist act.

People who went to the place where the terrorist act occurred immediately following the act to assist victims are considered to be in the place for the purposes of this payment. This includes arriving at the scene of the act before the victim is moved to another location.

Being in the place wouldn't include witnessing or participating in events that might follow a declared overseas terrorist act, such as but not limited to:

Next: How much you can get

You may be able to receive up to $75,000 depending on your circumstances. 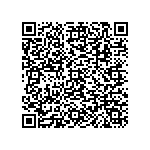 This information was printed 6 March 2021 from https://www.servicesaustralia.gov.au/individuals/services/centrelink/australian-victim-terrorism-overseas-payment/who-can-get-it. It may not include all of the relevant information on this topic. Please consider any relevant site notices at https://www.servicesaustralia.gov.au/individuals/site-notices when using this material.