There's information about payments and services during coronavirus (COVID-19).

You or the other parent can end a limited agreement.

You or the other parent can also end it if the notional assessment varies. For example, it varies by more than 15% from the previous one because of circumstances not included in the agreement.

Either parent can also ask to end a limited agreement in writing.

A court may also make an order that sets aside the agreement.

Read about what ends a child support assessment.

If your care arrangements change

If the way you care for your child changes, contact us as soon as you can. Child support won’t be paid to a parent under an agreement if they have less than 35% care.

We’ll end or suspend a child support agreement for a child when both of the following apply:

An agreement may be suspended after a care change for either:

The length of the suspension will depend on your circumstances. For example, your limited agreement may say that it will be suspended for 26 weeks if care changes.

Read more about how changes to your care arrangements can affect your child support.

If an agreement is ended or suspended

Child support will still be payable for the child under your formula based assessment.

If we suspend or end your agreement, we’ll tell you how this will affect you. 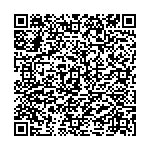