Before coming to Services Australia, she held the role of Associate Secretary of Defence, where she was responsible for Defence enterprise planning, performance and risk management, and the integration of all corporate enabling functions across the department.

She also served as Assistant Secretary Defence and Intelligence at the Department of the Prime Minister and Cabinet and as a senior executive in the Attorney General's Portfolio. 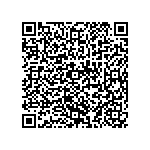 This information was printed 25 February 2021 from https://www.servicesaustralia.gov.au/organisations/about-us/our-agency/services-australia-chief-executive-officer. It may not include all of the relevant information on this topic. Please consider any relevant site notices at https://www.servicesaustralia.gov.au/individuals/site-notices when using this material.