The CSA payer and payee parent data in the table below is based on postcode information extracted from the CSA computer system as at the end of June 2006.

It applies to payers and payees for all active cases and cases that have ended with arrears. This varies from previous years where data was extracted for active cases only. Payers and payees without postcodes are not reflected in the electorates but are recorded at the base of the table.

2 These customer totals relate to all payer and payee parents that could be distributed into the electorates above.

5 These are the total number of payer and payee customers of the Child Support Agency as at 30 June 2006.

6 These are the total number of payer and payee customers of the Child Support Agency as at 30 June 2006. 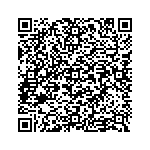 This information was printed 11 June 2021 from https://www.servicesaustralia.gov.au/organisations/about-us/statistical-information-and-data/child-support-statistics/child-support-electorate-data-june-2006. It may not include all of the relevant information on this topic. Please consider any relevant site notices at https://www.servicesaustralia.gov.au/individuals/site-notices when using this material.