The CSA payer and payee parent data in the table below is based on postcode information extracted from the CSA computer system as at the end of June 2005, and applies to payers and payees in cases that have an active assessment.

Payers and payees without postcodes are not reflected in the electorates but are recorded at the base of the table. Postcodes in each electorate have been determined by use of a concordance provided by the Department of the Parliamentary Library, and is in turn based on electorate boundary information provided by the Australian Electoral Commission (AEC). Where a postcode is spread across two or more electorates, CSA uses these proportions to apportion the respective percentage of payer and payee parents into those electorates. For example postcode 3174 falls 37.3% within the electorate of Isaacs, so 37.3% of the 1,153 payee parents and 1,217 payer parents in postcode 3174 are counted as being in the electorate of Isaacs.

¹ These customer totals relate to all payer and payee parents that could be distributed into the electorates above.

² Some customers are associated with "International Cases" and therefore do not have an Australian postcode.

³ There are 79,314 (11.2%) payer parents for whom a postcode was "not set". Just over half of this group were on tracing at the end of June 2005. Also included in this group are parents where there was no postcode in the postcode field but instead has been entered into the general address field on the computer system. This means that these customers are still contactable, even though it appears there is no postcode.

4 "Unused postcode" refers to those customers whose postcode does not appear in the algorithm used by the CSA to allocate customers into electorates. Postcodes are excluded where that postcode has been created since the algorithm was constructed.

5 These are the total number of payer and payee customers of the Child Support Agency as at 30 June 2005. 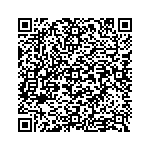 This information was printed 11 June 2021 from https://www.servicesaustralia.gov.au/organisations/about-us/statistical-information-and-data/child-support-statistics/child-support-electorate-data-june-2005. It may not include all of the relevant information on this topic. Please consider any relevant site notices at https://www.servicesaustralia.gov.au/individuals/site-notices when using this material.