This is the legislation that Services Australia is responsible for administering.

The child support scheme was established by the enactment of the Child Support Act 1988, which commenced on 1 June 1988 and was subsequently renamed the Child Support (Registration and Collection) Act 1988 (CSRC Act). The CSRC Act provides for the registration, collection and enforcement of child support liabilities, including court orders and court registered agreements for child and spousal maintenance, and from 1 October 1989, of administrative assessments of child support.

The Child Support (Assessment) Act 1989 (CSA Act) commenced on 1 October 1989. The CSA Act introduced a formula-based method to calculate child support liabilities. Previously, only the court could order the payment of child support. The CSA Act provides a range of formulas to calculate a child support assessment. The Act determines the proportion of costs that each parent should meet. To determine this amount, the Act takes into account the parents’ incomes and the amount of care they have of their children. An object of the CSA Act is that children receive a proper level of child support from their parents, in accordance with the parents’ financial capacity, without the need for court proceedings. 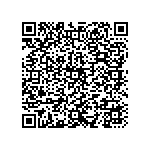