There's information about coronavirus (COVID-19) and how we may help. 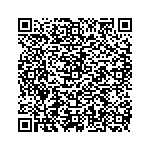 This information was printed 26 May 2020 from https://www.servicesaustralia.gov.au/individuals/services/centrelink/sickness-allowance/how-much-you-can-get/assets-test/assets/funeral-bonds-and-prepaid-funerals. It may not include all of the relevant information on this topic. Please consider any relevant site notices at https://www.servicesaustralia.gov.au/individuals/site-notices when using this material.