The Child Support Agency (CSA) paying parent and receiving parent data in the table below is based on postcode information extracted from the CSA computer system as at the end of June 2009. 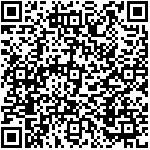